Get your plastic cups ready.

Kurt Vile is the contemporary master of the breezy and tuneful ditty, but what you may not know is that the entire Vile dynasty seems to traffic in the industry of unpretentious good times. The younger Vile brother, Paul, is a cultlike figure who goes by the name “Jelloman” – living up to his moniker by following his brother, amongst other similar artists, around on tour to provide concertgoers with Jell-O shots sold from his van outside venues – and now, a Kickstarter has emerged to fund a documentary about his bizarre, jiggly odyssey. 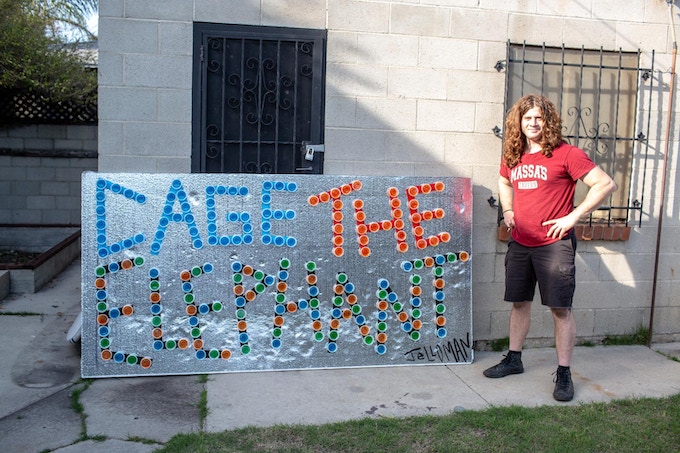 Jelloman, if u will is a documentary that aims to tell the story of “the eccentric jello shot legend of Philadelphia, told by his friends, his foes, and the artist himself,” directed by Philly-based photographer and filmmaker Colin Kerrigan. Kerrigan first met Jelloman while on assignment in 2016, and after seeing Paul rack up over $300 in half an hour jello-slinging at a music festival, was inspired to “capture who he really is, why he does what he does, and what it’s like to be in the Jello mindset.”

The Kickstarter, which went up yesterday, has a goal of around $26,000 – but given the fact that donating $600 gets you a mural of your name spelled out in Jell-O shots, hitting that ceiling shouldn’t be too much of a problem.